Which of the following terms BEST describes the software or hardware used to manage virtual machines?


A technician is required to change a setting for HKEY_Local_Machine. Which of the following would the technician use to change this?

DOWNERS GROVE, Ill., July 8, 2016 /PRNewswire-USNewswire/ -- Employment in the U.S. information technology (IT) sector rebounded in June, adding a net 32,100 new jobs, according to an analysis of Bureau of Labor Statistics data by CompTIA, the nonprofit association for the technology industry.

IT sector employment was estimated at 4,389,600 jobs as of June 30. Last month's gains more than offset the employment decline the sector experienced in May.

"The IT sector grew at a faster rate than overall national employment," said Tim Herbert, senior vice president, research and market analysis, CompTIA. "Information technology continues to be a vital driver of growth and jobs in the U.S. economy."

All categories within the IT sector – with the exception of tech manufacturing – recorded positive job growth in June. Telecommunications led the way, adding 28,100 jobs. Most of that total was due to the return to work of Verizon employees who had been on strike.

Gains were also reported in June in other information services, including search portals (up 2,500 jobs); data processing, hosting and related services (up 2,200 jobs); and IT software and services and computer systems design (up 1,400 jobs).

"For the first six months of 2016, the IT sector has added 43,900 net new jobs, with the IT services category accounting for 90 percent of those gains," Herbert said.

The IT workforce includes two components: employment within the IT sector and IT occupations across all other industries. IT occupation employment gained 74,000 net jobs in June, reversing two months of decline, and stood at an estimated 4.526 million at the end of the month.

The number of IT occupation job postings in June was up modestly from the previous month, with software developer positions topping the list by a wide margin.

While every job posting does not result in a new hire, and companies often will have multiple postings for a single position, the job posting data is another indicator of where companies are focusing their technology efforts and investments.

CompTIA's report on U.S. tech employment is based on an analysis of today's Employment Situation report from the Bureau of Labor Statistics. Data for May and June is considered projected and is subject to revision by the BLS. #jobsreport
Posted by Stacy at 22:39 No comments:

A technician is creating a batch script that auto-assigns a particular drive share to a drive letter upon login. Which of the following commands can accomplish this?

An office of 25 computers is interested in employing a file server, network shares, and print server functionality. Which of the following network setups would be BEST suited for this situation?

63 Per Cent Australian Businesses Suffer From a Security Breach: CompTIA

Within the past year, 63 per cent of Australian organisations have suffered at least one security breach, according to a International Trends in Cybersecurity report by CompTIA. 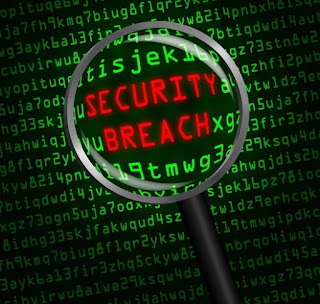 It found that mobile security incidents are occurring at a higher rate, with 71 per cent of Australian organisations reporting a mobile-related security incident such as a lost device, data policy violation or staff disabling security features.

The study also showed that human error is a large contributing factor to security breaches with 61 per cent of Australian organisations stating this versus 58 per cent globally.

According to findings, as only 23 per cent of Australian organisations rated their cyber security education and training methods as extremely effective, 72 per cent of the businesses reported they expect to see security become a higher priority over the next two years.

“Due to the evolving nature of IT, most organisations have had to change the way their company approaches security. In Australia, as in many other countries, the greatest change has been in IT operations, especially as ﬁrms move to Cloud or implement new mobility strategies,” Channel Dynamics director, Moheb Moses, said.

The top drivers for a changing approach includes a change in IT operations like Cloud and mobility (41 per cent), reports of security breaches at other firms (33 per cent), knowledge gained from certification and training (28 per cent) and a change in business operations or client base (27 per cent).

CompTIA senior director research and market intelligence, Amy Carrado, added, “The importance of cybersecurity knowledge and readiness continues to grow regardless of geography, with 79 per cent of companies internationally expecting cyber security to become a higher priority over the next two years.”

A technician has just installed and terminated a new CAT5 network cable. The device using the cable cannot connect to the network. Which of the following tools would be BEST in troubleshooting this issue?

Which of the following commands may need to be run after a virus removal if the computer will not boot?

A user is attempting to use Remote Desktop to connect to a server but is getting an error message.
Which of the following tools should be used to verify that the server is powered on and connected to the network?

Which of the following user accounts should be renamed to adhere to security best practices?

Which of the following drive destruction methods is considered the MOST secure when dealing with highly sensitive data?